Popular Nigerian singer and producer, David Adeleke has reacted to the report of Lagos panel on the Lekki tollgate shooting.

Recall that Leaks Agency earlier reported that The Lagos State Judicial Panel had submitted its report on Monday, November 15 to the Lagos State Government and reportedly found the Nigerian Army guilty.

According to the report, the Nigerian Army fired live bullets at the protesters in Lekki toll gate on October 20, 2020, which was admitted by General A.I.Taiwo on pages 6,7,21 and 22 of the report.

The general admitted on page 22 that the army went to the venue of the killings with live and blank bullets.

The report also stated that the absence of the officers of the Nigerian Army, who were summoned by the panel was an effort to hide material evidence relevant to the investigation.

Reacting to the report, Davido took to his Insta story to state that the constant denial of any killings made him feel as if he was delusional or crazy 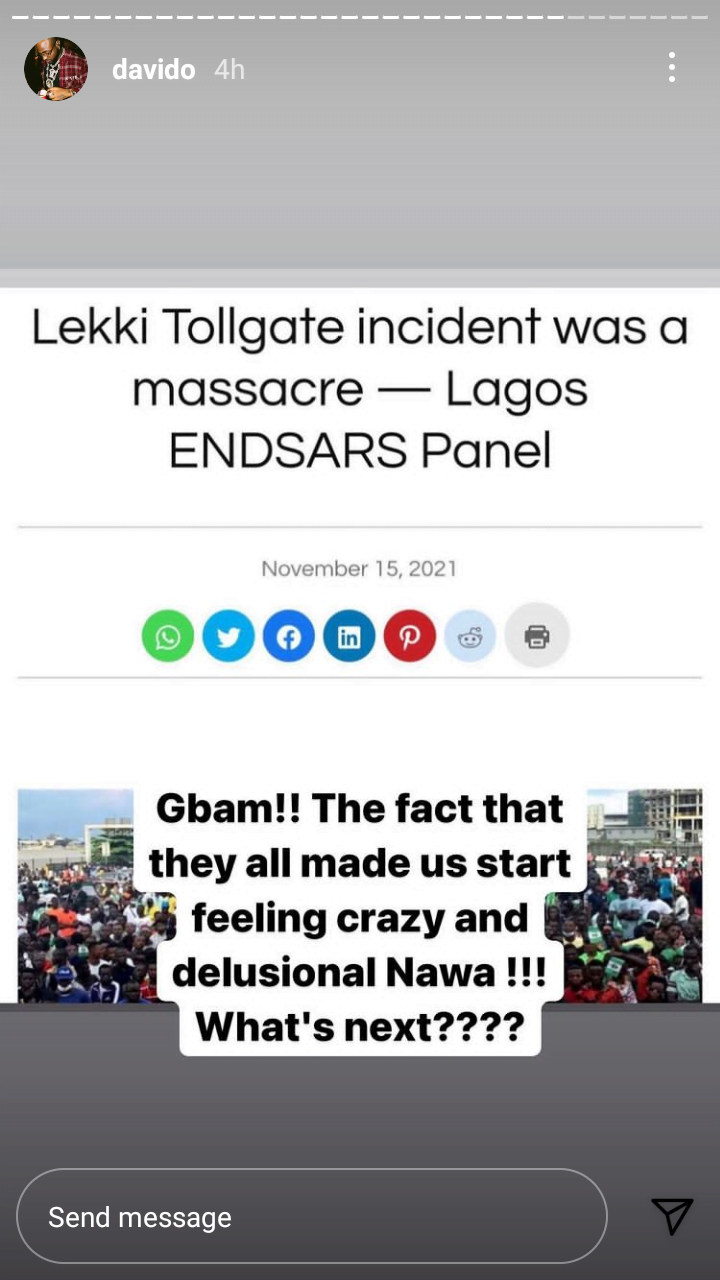 Davido’s N250M: You cannot make heaven if you dont bring your tithe- Pastor…